[Opinion] What is a sustainable dividend? 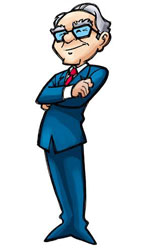 I have been agonising over the perfect post for the last few weeks. How do I get people's attention? I wanted a blockbuster post. A post that unveils some universal truth. I soon drifted back to reality and realised that I could spend the rest of my life trying to achieve this goal. I think it is more useful just to write, share and engage regularly with people who are kind enough to follow my blog.

Tonight, I'd like to talk about sustainable dividends. I got the inspiration for this post from Dividend.com. There is an article on payout ratios here.

A dividend coverage ratio of less than 1 means that a company is paying out more than it earned in the current year. Obviously, a ratio greater than 1 means it has paid less than it earned for the current year. As a general rule, you want the ratio to be greater than 1. This means that company is able to reinvest some of its profits back into the business to generate a return. I say "general rule" as there are various situations where a company shouldn't be doing so (e.g. where a companies cost of capital exceeds the expected return on the reinvested profit but this is another blog post). Also, different industries can require different coverage ratios based on levels of investment needed.

The takeaway is this: